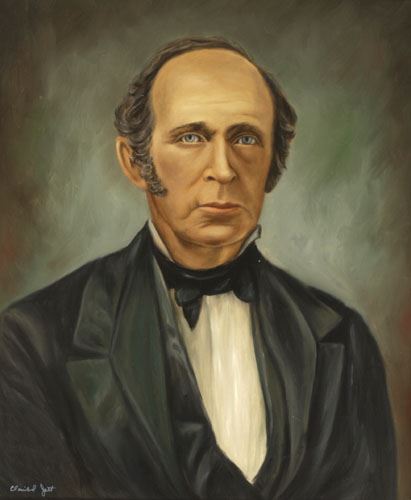 A Brief History of La Grange

Condensed from "La Grange - the Garden Spot Continues to Bloom"

La Grange is a small eastern North Carolina town with rural surroundings and beautiful historical homes nestled among modern influences. The town's growth can be attributed to the construction of the Norfolk and Southern Railroad, which runs through the center of the historical district. Today, it has a population of about 2,800 and is also known as the "Garden Spot" because of the beautiful vegetation in the area.

La Grange can be traced back to the years just after the Revolutionary War when it was known as Moseley Hall, which gained its name from Matthew Moseley, a captain in the Virginia Militia during the Revolutionary War, who settled in the area in 1777. This area, as many people began to settle in the area, would later be called the township of Moseley Hall which was formed in the late 1700s in a portion of what was initially Dobbs County that would become Lenoir County in 1791.

As businesses prospered and the town grew, churches were built and other needs such as schools, doctors and a government became apparent. Residents began to discuss the possibility of incorporating the settlement. The Norfolk and Southern Railroad Company built the railroad through Moseley Hall, begun in 1855 and completed in 1858. The railroad contributed substantially to Moseley Hall, bringing commerce as well as goods, which firmly boosted the settlement's growth.

The railroad would also bring the Civil War closer to Moseley Hall. The town served as a supply and arsenal headquarters during the war. When Lenoir County began preparing for the war, a training camp was established in Moseley Hall and named Blackjack Camp. Breastworks which were constructed for protection still exist today just north of La Grange, west of Highway 903. Moseley Hall's first church, Moseley Hall Missionary Baptist Church, served as a war time hospital, and another was located at Dempsey Wood's manor. General Sherman's army passed through Moseley Hall in 1865 on its way to Goldsboro, burning many dwellings in its wake and slaughtered much livestock. They marched through Moseley Hall Plantation, but Moseley Hall manor was spared.

With slavery abolished in October 1865, Moseley Hall struggled to rebuild after the war. Plantations gave way to smaller farms. But by 1868, life was beginning to return to normal. Businesses were stabilizing and residents were seeing some growth in the area. The prosperity and optimism in the settlement brought talk of incorporating Moseley Hall as had been discussed prior to the war. Plans for a public school were also being made. A few townspeople suggested naming the town La Grange in recognition of Marquis de Lafayette's estate near Paris, France. Lafayette was a general who served as a volunteer in the Continental Army in the Revolutionary War. La Grange is French for "the barn," an appropriate name considering the rural layout of the area. The citizens finally chose La Grange, incorporating it on April 10, 1869, La Grange remains in Moseley Hall Township.

The newborn town of La Grange faced an exciting era of development, seeing its first newspaper, the La Grange Vidette which was established in 1875. The town had a distinct business district and more churches were being built to accommodate the people moving to the area. There was a hotel, a thriving buggy business and several mercantiles. The first bank opened sometime in the late 1800s. Moseley Hall was also home to the inventor of the Gatling gun, Richard Jordan Gatling. He moved to Indianapolis in 1854 and patented his famous machine gun in 1862.

The first public school, La Grange Academy, was opened in 1869 by Dr. Preston W Woodley. In 1870, La Grange Academy was renamed Kinsey Seminary for Learning that year after Professor Joseph E Kinsey, who procured the school. By 1880 a second school for boys named Davis Military Academy, was founded by Colonel Adam C. Davis. "School Town" became La Grange's nickname as the military school would eventually have an enrollment of 300 students from every state and even some foreign countries. The school also had a band, the only cadet orchestra in the country during that time. The school prospered, but an outbreak of meningitis closed it in 1889. In July 1881, Kinsey Seminary of Learning became Kinsey Seminary for Girls because so many male pupils were enrolled at Davis Military Academy. Kinsey Seminary for Girls relocated to Wilson in 1897, and was later becomes Atlantic Christian College.

Near the turn of the century, cotton was being replaced with tobacco as the major crop. Automobiles came to La Grange in 1898, bringing in the twentieth century and a new age. In the early 1900s, La Grange was dubbed the "Garden Spot" by Eugene Shaw, a porter on the railroad. Shaw was from La Grange and dearly loved the town. There were gardens up and down along the tracks as it made its way through town, and Shaw would call out the town's name followed by "the Garden Spot."

1907 was a big year for the town's citizens. Although electricity had been attempted, the results were not impressive. Lassiter's Mill began supplying electricity to the town in 1907 and Carolina Telephone and Telegraph Company in Kinston also began supplying La Grange residents with telephone service in that year. La Grange Graded School was also started in 1907, with nine grades.

By 1910, La Grange had a weekly newspaper, the Messenger-Sentinel. Things looked good for the pretty, prospering town until 1911 when a fire forever changed the face of La Grange. A few boys set the fires which would destroy the business district. Most of the buildings in the section were wood and succumbed easily. After the fires were doused, most citizens rebuilt with brick. The greatest loss was in Town Hall, where nearly all the town's records were destroyed by the fire. A bright spot in the year 1911 was the construction of Highway 10, which began at Morehead City, ran through La Grange and on to Asheville. Highway 10 eventually became Highway 70.

The Great War & The Great Depression

Despite some businesses closing during WWI, La Grange was doing well by this time. The Great Depression then came and went, leaving its mark on La Grange as it did the entire nation. WWII came on the heels of the Great Depression requiring La Grange residents to face rationing and support the war effort through scrap metal drives and war bonds. Air raid drills were begun in 1942, bringing the reality of war close to home. La Grange's close proximity to Seymour Johnson Air Force Base and other military bases were, and continue to be a boost the local economy.

Modern day La Grange is still a quaint and pretty town. With a charming personality and historic roots, La Grange, which is supported by highway 70 and the railroad is experiencing residential growth and is poised for growth and prosperity.